ABOUT THIS REGION The Yorke Peninsula is a peninsula located north-west and west of Adelaide, between Spencer Gulf on the west and Gulf St Vincent on the east. The peninsula is separated from Kangaroo Island to the south by Investigator Strait. The most populous town in the region is Kadina. At the turn of the twentieth century, many ships sank along the treacherous coast. The Yorke Peninsula features historic towns and landmarks. The town of Minlaton is known in some circles as the "barley capital of the world". You'll find barley from the Yorke Peninsula in most glasses of Australian beer. The region's rich limestone soil makes it some of the best farmland in Australia. The region's parks give you a chance to take in the picture postcard beauty of the region. There are native plants and animals in abundance. There are campsites dotted around the region, as well as throughout Innes National Park. You can spend your nights in a holiday home, caravan park or out camping. You'll find something for every budget and holiday plan. From the Hummock Ranges in the east, across to Port Broughton in the north, Yorke Peninsula is the traditional home of the Adjahdura people. You can still find artefacts in various townships, including Tiddy Widdy Beach, Moonta Bay, Point Pearce and Point Yorke. Take the Aboriginal Cultural Tour if you would like to know more about the area's indigenous inhabitants. Mild summer weather, great swimming beaches and places to stay make the Yorke Peninsula an excellent holiday destination. Towns include Black Point, Coobowie, Edithburgh, Stansbury, Port Vincent, Point Turton and Wallaroo. The Yorke Peninsula has 700 kilometres of coastline, so it makes sense that some of the most loved towns boast fabulous beaches for swimming, fishing or simply relaxing. With the ocean right at your door, it makes sense to taste some of the spectacular seafood. INDUSTRY RESOURCES Regional Tourism Website : Visit Yorke Peninsula Regional Tourism Website : South Australia Research and Statistics : South Australian Tourism Commission Local Councils : Local Government Association of SA CREDITS Information Source : Wikipedia Information Source : South Australia Image Credit : Ruins, Yorke Peninsula : SATC : Neale Winter Regional Map : Copyright 2014 GoPanda Communications GoPanda 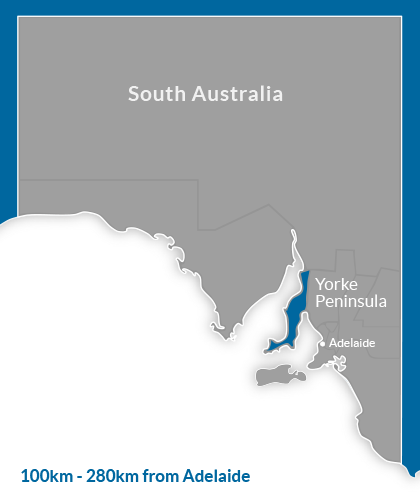 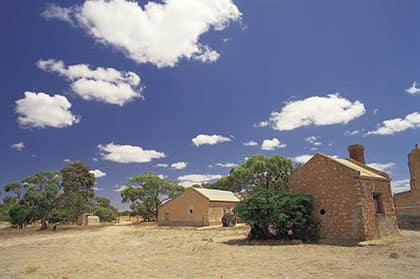