ABOUT THIS REGION The Barossa Valley is a major wine-producing region and tourist destination of South Australia, located 60 km northeast of Adelaide. It is the valley formed by the North Para River, and the Barossa Valley Way is the main road through the valley, connecting the main towns on the valley floor of Nuriootpa, Tanunda, Rowland Flat and Lyndoch. The Barossa Valley derives its name from the Barossa Ranges, which were named by Colonel William Light in 1837. Light chose the name in memory of the British victory over the French in the Battle of Barrosa, in which he fought in 1811. The name "Barossa" was registered in error, due to a clerical error in transcribing the name "Barrosa". The area is approximately 13 km long by 14 km wide. The three major towns of the Barossa each have a distinctive personality. Tanunda is generally recognised as the most German of the three with long-standing traditions dating back to the 1840s when the first German settlers arrived in the area. Because many of them came from Prussian Silesia, they called the Barossa Neu-Schlesien, or "New Silesia". The German influence survives to this day (see Barossa German). Angaston, in contrast, is considered the English town as it was settled predominantly by Cornish miners and others from Britain. The third (and largest) town, Nuriootpa, was influenced by both the German and British settlers, and today is the commercial hub of the Barossa where most of the larger stores are located. Tanunda and Angaston are considered 'tourist towns' in comparison to Nuriootpa because they have many more facilities to cater for tourists. However Nuriootpa does have many attractions too. The Barossa has cool summers and rainy winters which makes it perfectly suited for red wine production, particularly Shiraz and richly flavoured Cabernet. Nearby Eden Valley boasts a stellar reputation for premium wines thanks to its higher altitude and cooler climate - which is perfect for producing Riesling and Chardonnay. Aside from an amazing array of wines and wineries to discover, there are regional arts and a rich, pioneering history worth exploring, including the short-lived gold rush of the 1860s. Of course, with great wine comes great food. So make sure you leave enough time to sample all of the locally produced delights the Barossa has to offer. All of this and more is available via a network of well signposted heritage trails that can be accessed by car or on foot. INDUSTRY RESOURCES Regional Tourism Website : Barossa Regional Tourism Website : South Australia Research and Statistics : South Australian Tourism Commission Local Councils : Local Government Association of SA CREDITS Information Source : Wikipedia Information Source : South Australia Image Credit : Two Hands Wines, Barossa : SATC : 2009 Brett Sheridan Regional Map : Copyright 2014 GoPanda Communications GoPanda 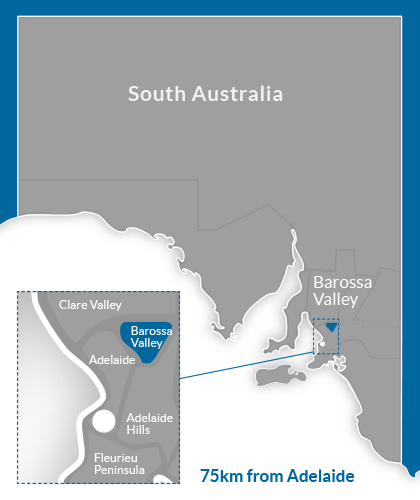 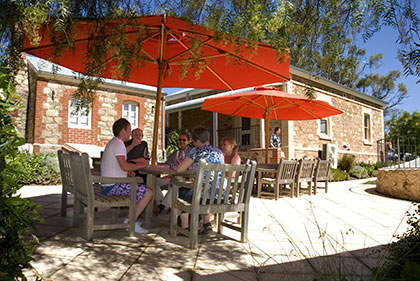