ABOUT THIS REGION Tennant Creek is a town located in the Northern Territory of Australia approximately 1000 kilometres south of the territory capital, Darwin, and 500 kilometres north of Alice Springs. It is the fifth largest town in the Northern Territory and it is located on the Stuart Highway, just south of the intersection with the western terminus of the Barkly Highway. At the 2011 census, Tennant Creek had a population of 3,062 of which 1,176 identified themselves as indigenous. Tennant Creek is near well-known attractions including the Devils Marbles, Mary Ann Dam, Battery Hill Mining Centre and the Nyinkka Nyunyu Culture Centre and is the hub of the sprawling Barkly Tableland, vast elevated plains of black soil with golden Mitchell grass, that cover more than 240,000 square kilometres. The Barkly Tableland runs east from Tennant Creek towards the Queensland border and is among the most important cattle grazing areas in the Northern Territory. Roughly the same size as the United Kingdom or New Zealand, the region consists largely of open grass plains and some of the world’s largest cattle stations. It runs as far south as Barrow Creek, north above Elliott and west into the Tanami Desert. The region encompasses the junction of two great highways, the Barkly and the Stuart, also known as the Overlander and Explorer’s Ways. The Overlander's Way (Barkly Highway) retraces the original route of early stockmen who drove their cattle from Queensland through the grazing lands in the Northern Territory. INDUSTRY RESOURCES Regional Tourism Website : Explore the Northern Territory Regional Tourism Website : Tourism Top End Research and Statistics : Tourism NT Corporate Website Local Council : Barkly Regional Council CREDITS Information Source : Wikipedia Image Credit : The Pebbles (Kundjarra) : Tourism NT Regional Map : Copyright 2014 GoPanda Communications GoPanda 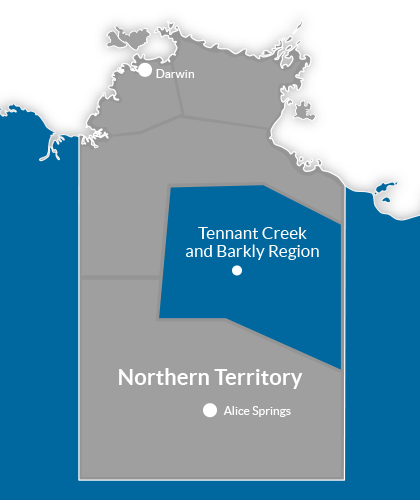 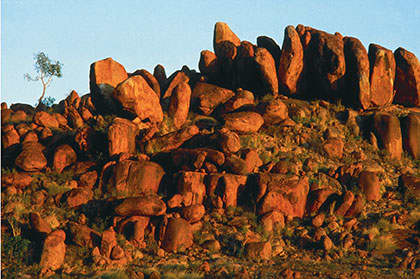