ABOUT THIS REGION Darwin is the capital city of the Northern Territory, Australia. Situated on the Timor Sea, Darwin is the more populated of the two cities in the sparsely populated Northern Territory, with a population of 129,062. It is the smallest and most northerly of the Australian capital cities, and acts as the Top End's regional centre. Darwin has grown from a pioneer outpost and small port into one of Australia's most modern cities. Darwin's proximity to South East Asia makes it an important Australian gateway to countries such as Indonesia and East Timor. The Stuart Highway begins in Darwin, ending at Port Augusta in South Australia. The city itself is built on a low bluff overlooking the harbour. Its suburbs spread out over some area, beginning at Lee Point in the north and stretching to Berrimah in the east. Past Berrimah, the Stuart Highway goes on to Darwin's satellite city, Palmerston, and its suburbs. The region, like the rest of the Top End, has a tropical climate, with a wet and a dry season. The city is noted for its consistently warm to hot climate, all throughout the year. Prone to cyclone activity during the wet season, Darwin experiences heavy monsoonal downpours and spectacular lightning shows. During the dry season, the city is met with blue skies and gentle sea breezes from the picturesque harbour. The greater Darwin area is the ancestral home of the Larrakia people. On 9 September 1839, HMS Beagle sailed into Darwin harbour during its surveying of the area. John Clements Wickham named the region "Port Darwin" in honour of their former shipmate Charles Darwin, who had sailed with them on the ship's previous voyage which had ended in October 1836. The settlement there became the town of Palmerston in 1869, and was renamed Darwin in 1911. Having been almost entirely rebuilt twice, once due to Japanese air raids during World War II, and again after being devastated by Cyclone Tracy in 1974, the city is one of Australia's most modern capitals. INDUSTRY RESOURCES Regional Tourism Website : Explore the Northern Territory Regional Tourism Website : Tourism Top End Research and Statistics : Tourism NT Corporate Website Local Council : City Of Darwin CREDITS Information Source : Wikipedia Image Credit : Trailer Boat Club, Fanny Bay : Tourism NT Regional Map : Copyright 2014 GoPanda Communications GoPanda 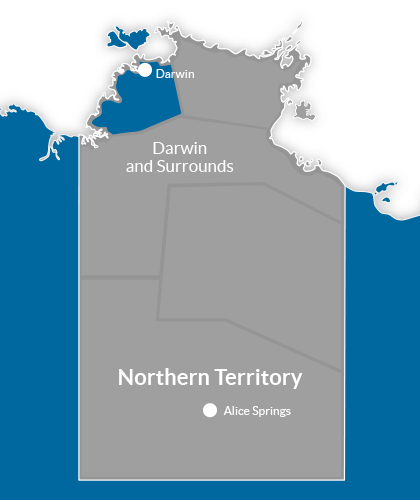 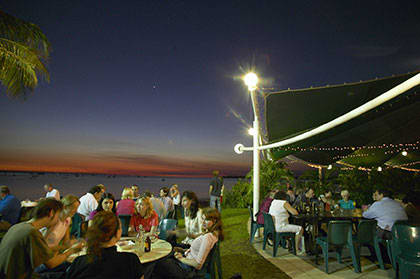