ABOUT THE REGION Phillip Island is an Australian island located about 140 km (87 mi) south-southeast from Melbourne, Victoria. Named after Arthur Phillip, the first Governor of New South Wales, Phillip Island forms a natural breakwater for the shallow waters of Western Port. It is 26 km (16 mi) long and 9 km (5.6 mi) wide, with an area of about 100 km2 (39 sq mi). It has 97 km (60 mi) of coastline and is part of the Bass Coast Shire. A 640 m (2,100 ft) concrete bridge (originally a wooden bridge) connects the mainland town San Remo with the island town Newhaven. In the 2011 census the island's permanent population was 9,406. During the summer, the population swells to 40,000. 60% of the island is farmland devoted to grazing of sheep and cattle. Phillip Island is a tourist destination visited by 3.5 million people annually. The Penguin Parade at Phillip Island Nature Park, in which Little Penguins come ashore in groups, attracts visitors from all over the world. They come to see one of the few areas where this species of penguin can be seen. The island is recognised as having some of the most consistently reliable and varied surf conditions in the country. The island has hosted various surf events in the past, such as the Rip Curl Pro in 2005 and the Roxy Pro Women's Surfing Festival. Phillip Island is steeped in the history of Australian motor racing and is host to the Australian Motorcycle Grand Prix and is also a venue for the Superbike World Championship, V8 Supercars and the Australian Drivers' Championship. INDUSTRY RESOURCES Regional Tourism Website : Visit Phillip Island Regional Tourism Website : Visit Victoria Research and Statistics : Business in Bass Coast Local Council : Bass Coast Shire Council CREDITS Information Source : Wikipedia Image Credit : Phillip Island Nature Park : Tourism Victoria : 2001 John Krutop Regional Map : Copyright 2014 GoPanda Communications GoPanda 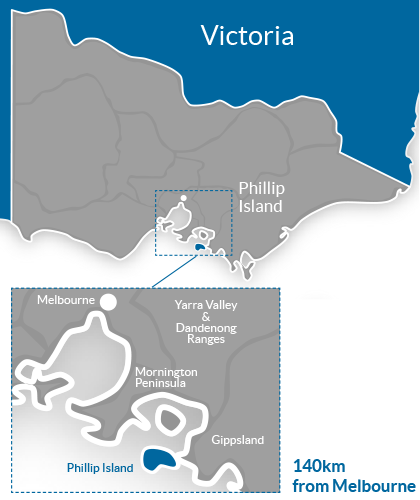 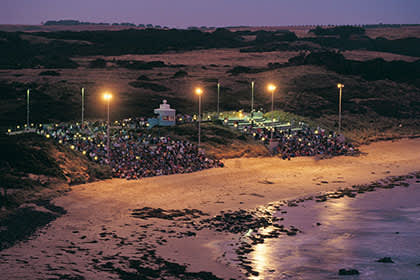