ABOUT THIS REGION Hobart is the state capital and most populous city of the Australian island state of Tasmania. Founded in 1804 as a penal colony, Hobart is Australia's second oldest capital city after Sydney. In 2011, the city had a greater area population of approximately 216,656. The city is located in the state's south-east on the estuary of the Derwent River. The skyline is dominated by Mount Wellington at 1,271 metres (4,170 ft) high. The city is the financial and administrative heart of Tasmania, also serving as the home port for both Australian and French Antarctic operations. Hobart has a mild temperate oceanic climate. Compared to other major Australian cities, Hobart has the second fewest daily average hours of sunshine, with 5.9 hours per day, Melbourne having the fewest. However, during the summer it has the most hours of daylight of any Australian city, with 15.2 hours on the summer solstice. Hobart's European beginnings are evident everywhere, from quaint settlers' cottages to the lofty porches of colonial mansions. Once bustling with whalers and entrepreneurs, 19th-century sandstone warehouses now serve as dockside cafes, artist’s studios and restaurants. Hobart is a place of fishing boats, fish punts at the docks, an accessible harbour around historic Constitution Dock where you can take harbour cruises. The view from the summit of Mount Wellington is of the intricate pattern of islands and estuaries that reach out to the Great Southern Ocean beyond. South of Hobart are the clear waters and stunning coastline of Bruny Island, the fertile soils of the Huon valley, the picturesque beauty of the D'Entrecasteaux Channel and the rugged Hartz Mountains National Park. East of Hobart are the wineries of the Coal River Valley and the Tasman National Park with its spectacular coastline and historic convict sites. To the west is the Derwent Valley, where the road follows the beautiful Derwent River through rows of poplars and on to Tasmania's central highlands and the grandeur of Lake St Clair and the Tasmanian Wilderness World Heritage Area. North from Hobart, the Midland Highway heads to Launceston. Dubbed the Heritage Highway, it offers many opportunities to enjoy Tasmania's heritage past, with homesteads and country cottages reflecting the state's early colonial history. INDUSTRY RESOURCES Regional Tourism Website : Hobart and Beyond Regional Tourism Website : Discover Tasmania Research and Statistics : Tourism Tasmania Corporate Website Local Councils : Local Government Association Tasmania CREDITS Information Source : Wikipedia Information Source : Discover Tasmania Image Credit : Hop Fields in the Derwent Valley : Tourism Tasmania : Rob Burnett Regional Map : Copyright 2014 GoPanda Communications GoPanda 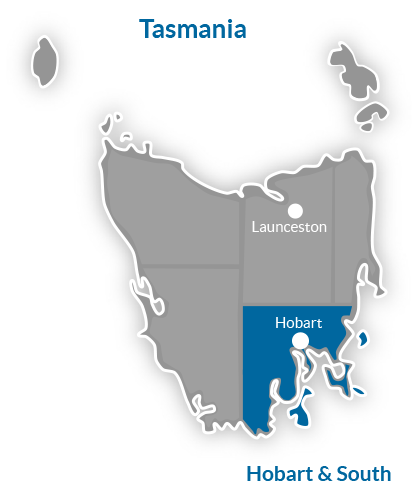 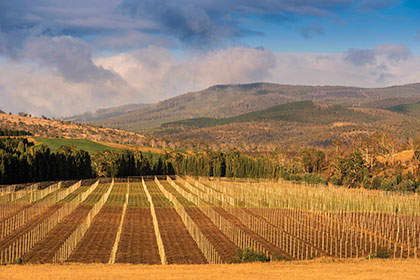