ABOUT THIS REGION The Grampians National Park (also Gariwerd) is a national park in Victoria, Australia, 235 kilometres west of Melbourne. The Park was listed on the Australian National Heritage List on 15 December 2006 for its outstanding natural beauty and being one of the richest indigenous rock art sites in south-eastern Australia. The Grampians feature a striking series of sandstone mountain ranges. The ranges were named in 1836 by Surveyor General of New South Wales Sir Thomas Mitchell after the Grampian Mountains in his native Scotland, but are also known by the name Gariwerd, from one of the local Australian Aboriginal languages, either the Jardwadjali or Djab Wurrung language. Halls Gap (Budja Budja) is the largest service town in the area and is located at a point roughly equidistant between the towns of Ararat and Stawell. The town is located towards the eastern side of the park and offers accommodation to the many tourists who visit the area. The Brambuk National Park and Cultural Centre in Halls Gap is owned and managed by Jardwadjali and Djab Wurrung people from five Aboriginal communities with historic links to the Gariwerd-Grampians ranges and the surrounding plains. INDUSTRY RESOURCES Regional Tourism Website : Visit Halls Gap Regional Tourism Website : Visit Victoria Research and Statistics : Grampians Tourism Local Council : Northern Grampians Shire Council CREDITS Information Source : Wikipedia Image Credit : Grampians National Park : Tourism Victoria : 2006 Mark Watson Regional Map : Copyright 2014 GoPanda Communications GoPanda 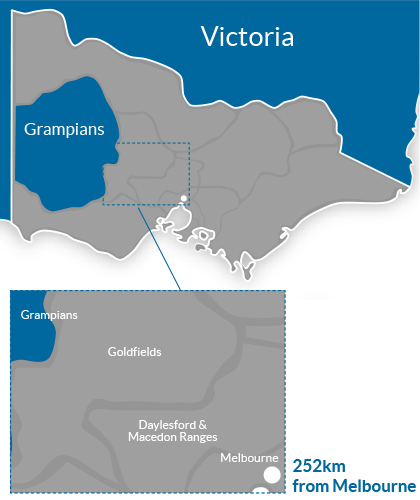 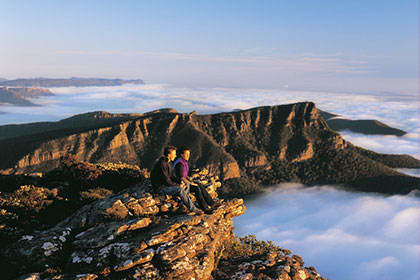