ABOUT THIS REGION The Capricorn Coast is a coastal region in Central Queensland generally spanning the areas between Keppel Sands to the south, and Byfield and Shoalwater Bay to the north. The region straddles the Tropic of Capricorn, after which it is named. The Capricorn Coast is over 150 kilometres from end to end yet comparatively small in population, with dozens of towns and islands scattered along its length. The region has a rich history going back to the 1850s. Centred on the town of Yeppoon, the Capricorn Coast has retail and service amenities that rival larger towns, and twenty-five minutes away is Stockland Rockhampton, the largest shopping centre between Maroochydore and Cairns, as well as many other shopping precincts around the city. Beyond Yeppoon, the outlying communities have plenty of charm and scenery, are steeped in history, and each one is different from the next. The Capricorn Coast offers five star resorts, historical towns, snorkelling, bush retreats, pristine beaches, rainforest retreats, island adventures, bushwalking, wildlife sanctuaries, a marina and even a crocodile farm. Rockhampton lies on the banks of the broad Fitzroy River. A historic city, built on the wealth of gold rushes and cattle empires, its heritage precincts protect Rockhampton’s grandest architecture while its collection of grand old pubs keeps the character of the city alive. Enjoy the history of Rockhampton as you walk down Quay Street, the longest National Trust Heritage Street in Australia. The Great Barrier Reef, one of the natural wonders of the world is just a short ferry ride from the Capricorn region mainland, once there you will be walking on sun-bleached beaches and snorkelling in crystal clear waters. INDUSTRY RESOURCES Regional Tourism Website : Capricorn Regional Tourism Website : Queensland Tourism Research and Statistics : Tourism and Events Queensland Local Councils : QLD Councils CREDITS Information Source : Wikipedia Information Source : Queensland Tourism Image Credit : Heli Central : Tourism and Events Queensland Regional Map : Copyright 2014 GoPanda Communications GoPanda 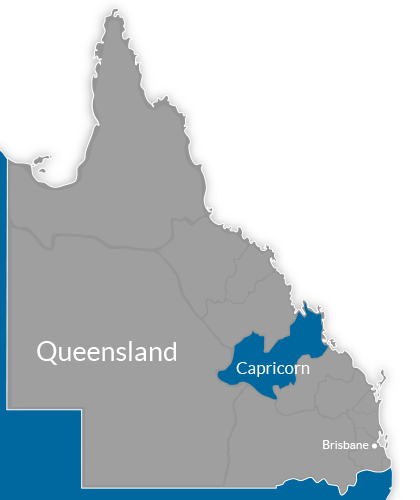 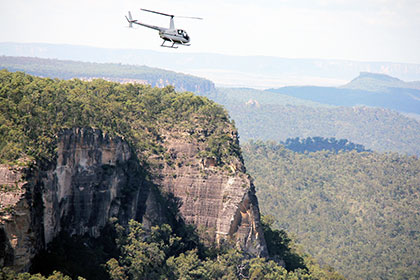